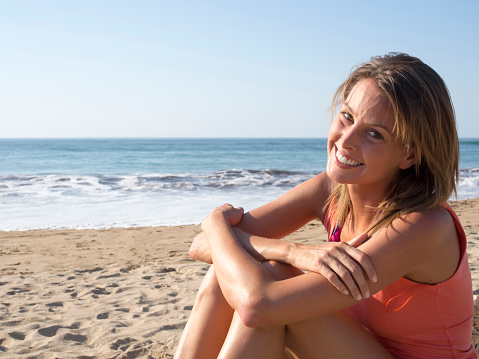 Although I had experienced fleeting thoughts of suicide as a teenager, I chalked those up to teenage angst and excelled in school and sports throughout high school and college. The first time I saw a counselor and then a psychiatrist was in my last year of law school following a personal trauma. I managed to finish law school, pass the bar, and join a successful law firm in San Diego. I was 24 years old.

By the time I was 30, I was regularly cutting (self-harm) to cope with pain, I attempted suicide twice, and had been in and out of the hospital multiple times both voluntarily and involuntarily for my own safety. My path toward a ketamine clinic spanned decades and dozens of medications. I was fortunate to be under the consistent and caring watch of a skilled psychiatrist, but the only tool in his tool belt was a varying cocktail of antidepressants, mood stabilizers, and augmenters. With some medication combinations I felt “normal” for a period, but the therapeutic effects never lasted.

At the age of 46, I was suffering from major depression and acutely suicidal. Just getting out of bed was a daily struggle both physically and mentally. My suicidal thoughts were not about wanting to end my life, but about wanting to end the crushing emotional and mental pain. As awful as the pain and anguish were, I knew things were worse when I felt no pain. Numbness was worse than pain because it meant I no longer cared, the fight was done, and it would be so easy to slip the bounds of Earth. I was left with two choices: ECT or TMS. By this time, I was the owner and partner of a law firm and could not fathom losing portions of my memory due to ECT. I chose to pursue TMS at a ketamine clinic. I knew nothing about TMS or ketamine treatment.

During the initial consultation, I was told any antidepressant effects from TMS would take five to six weeks to kick in. I distinctly remember thinking, “I am not going to be alive in five or six weeks.” I asked, “Do you ever do ketamine before TMS?” That question may have saved my life.

The next day I was back at the ketamine clinic. Sitting in the waiting room I was all alone, anxious and scared, and totally unprepared and naïve about what was waiting for me on the other side of the clinic door. A woman came into the waiting room physically supported by a male friend. She had the biggest grin on her face as she stumbled around laughing and yelling, “I feel so drunk!!” She was guided out of the clinic, I was left thinking, “Oh my gosh!! What did I just get myself into?!? This is crazy!!”

I was having second thoughts when it was time for my treatment. I was introduced to my nurse and led into an spa-like room which was painted deep ocean blue smattered with nautical decor. She obtained my weight, as ketamine is dosed based on milligrams per kilograms weight, and I was seated in a comfortable reclining leather chair which faced a video camera. At first, this felt invasive and unsettling, but I later understood that it was a video feed to the doctor and the nurse’s station so they could observe patients throughout the treatment. I was also given a button to buzz if I needed help. Hoping I would never need help, I preferred to call it the “Hello Button.” I was given a blanket, filled out a PHQ-9 depression inventory which documented my acute suicidality, and waited for the doctor.

My first ketamine treatment was unlike any which followed. It was a low starting dose and consisted of a single injection (IM) into my deltoid muscle. The treatment was enjoyable, and I did not want it to end. I felt calm and relaxed and was transported to another world. There was nothing physically unpleasant nor mentally disturbing. This would be the first and only time I experienced a distinct visual hallucination: I saw a monkey playing poker and it cracked me up! It felt like a good dream.

Although the treatment itself was enjoyable, it yielded no therapeutic benefit whatsoever. I was starting to lose hope. I had a series of treatments during which the dose was increased, and eventually, I was receiving multiple IM injections fifteen minutes apart to prolong the experience. After two weeks of ketamine three times per week, I felt no therapeutic benefit. I was frustrated that I was spending a lot of time and money on another treatment that would not work for me. I returned to cutting myself to reduce my own pain and began updating my suicide note. I was losing hope.

Following my ninth treatment, something changed. I woke up at 3:00 a.m. and noticed the moon was bright and distinct as it glowed into my bedroom window. Driving to work, sounds were louder, colors were brighter, and my car even felt like it was moving faster. I arrived at work and messaged my doctor, “I woke up at 3am…happy. It’s 7:25am…I’m still happy. See Coronado Bridge from my office and for the first time in forever I KNOW I’m not going to leap from it today.” My doctor responded, “Freaking Awesome!!!”  In hindsight, I realize I had some therapeutic benefit prior to this epiphany. After months of darkness and depression, I spent a weekend organizing and cleaning my garage. I did not understand at the time that this was the result of ketamine therapy. I now know that the patient is sometimes the last to know if ketamine is working, and that their behavior and functional capacity may change before their mind realizes it.

I continued to receive ketamine treatments at various intervals and doses for over a year after this breakthrough. In general, my IM ketamine treatments consisted of two or three injections spaced out between 15 and 20 minutes each for a total of 40-60 minutes. Being under the influence of ketamine meant that some of my senses were heightened. For example, my senses of smell and hearing were acute. I would know if the clinic changed air fresheners and I could hear activity in other treatment rooms or at the nurse’s station. My senses of touch and ability to balance were compromised. I would poke myself to find my arms and legs, and I needed help to navigate to the restroom or waiting room. For personal comfort, I used an eye mask, listened to music, held a small stuffed animal, and covered myself in a blanket.

As far as the ketamine induced experiences, unfortunately the colorful poker playing monkey never returned. More often the higher dose IM injections rocketed me into a dark space, untethered, and with the sense I would never return. I often felt like I was in a dark enclosed space, such as an MRI machine, a tunnel, or a kitchen drawer. In each instance, I knew I was inside the ketamine clinic, but I felt like I was in my own separate unreachable world within the clinic. I could squeeze my stuffed animal to know what was real but convincing myself that I would return to reality was sometimes a challenge.

Often the sensation of IM ketamine scared me. I did not like the sensation of my brain being outside of my body and my body being disconnected from the world. It was a struggle for me. Even though I knew intellectually that I was safe in my doctor’s office and that I had taken this same journey before and always made it back, it did not make it less scary for me. I was told I was hampered by my own control issues. I struggled to “let go” and “sink into it” and “trust ketamine.” Rather, I very much wanted to understand ketamine and control ketamine—a fool’s mission. Ultimately, I landed on a compromise that worked for me: I understood that ketamine was going to take me wherever I needed to go, and sometimes, ketamine took me to dark places during treatment so I would not go to dark places in real life. In other words, ketamine would take me to near death so that I would not take myself there in real life.

Whether I was scared or not during ketamine, I was committed to the therapy because of the therapeutic benefit. This was my last resort and when it worked…it really worked. I was willing to put up with darkness and some fear if it meant I may wake up the next morning to light, with no pain, and suicide a distant memory. By adding two elements to my ketamine treatments, I found the journey to be more tolerable. First was the calming presence of my empathetic nurse. She would hold my hand, talk to me, and remind me that I would come back from my ketamine journey. By squeezing my hand and rubbing my arm, my nurse tethered me to the real world. Having a safe and supportive co-pilot on the ketamine journey, be it family, friend, or nurse, is invaluable. Second, I found adding 100% CBD tincture as a pretreatment muted the dark “trips.” My success with CBD was so profound that the clinic began adding it in to most other patients’ regimen.

From my own journey, I will share what I wish I knew at the beginning with ketamine:
•    Ketamine is not necessarily going to work the first or second or even on the sixth treatment
•    When ketamine does produce a therapeutic benefit, it may not last more than a few hours or a few days
•    The same dose will not necessarily produce the same results
•    An unpleasant ketamine experience may produce therapeutic benefit
•    A pleasant monkey playing poker experience may not produce a therapeutic benefit
•    A higher dose does not always equate with a better response
•    Even after a successful start with ketamine, maintenance treatment is likely
•    Ketamine is a treatment and not a cure
•    Like all treatments, ketamine does not work 100% of the time for 100% of patients
•    Those close to you may notice positive, therapeutic changes even before you do
•    You cannot control ketamine, just take a deep breath and “let go”
•    Even if ketamine is not working right out of the gate, do not give up hope, but communicate your experiences and expectations to your provider—they may have solutions

My ketamine journey spanned over one year and included two months of no ketamine when I was on solid footing therapeutically and functionally. It has been two and one-half years since my last ketamine treatment. Although I continue to live with depression, I continue to live because of ketamine. I am among countless others who credit ketamine for saving their life. Before becoming a ketamine patient, I did not even know about ketamine. Just knowing would have provided a measure of hope. For that reason, I share my story.

The American Society of Ketamine Physicians, Psychotherapists, and Practitioners is a non-profit group of professionals dedicated to the safe clinical use of Ketamine for mental health disorders and pain conditions.